Gone forever, but not from my heart

>It’s been awhile since I wrote anything of note here. For that I apologize but this time it was definitely a case of life laying me flat.

Today, on what would have been my brother’s 64th birthday, I offer the following as an explanation (not a bid for sympathy or a ‘poor me’ complaint) for my frequent and lengthy absences of late. Be forewarned, it’s also somewhat of a cleansing for me, but may be somewhat difficult to read. Because the bad news was coming in so fast and frequently, I may have gotten some things slightly out of time sequence, but otherwise, this is a true account.

Several years ago my mother was diagnosed with a slowly progressing and terminal disease that the doctor estimated had gone undetected for at least a decade, maybe more. She went to live with my sister in Oklahoma because there were days she didn’t feel like preparing her own food and driving had become dangerous for herself and others. She began a series of hospitalizations when conditions of her disease made it necessary. A shower chair became necessary.

Then about a year ago, my oldest brother Bro-1 called from Texas with news that he’d had a persistent cough that traditional treatment hadn’t had any effect on. He’d undergone further tests, which showed a growth on his lung that would have to be excised, but he wasn’t sure when. I’d pre-paid to go on a beach writing retreat the following week and he wouldn’t hear of me changing my plans when the doctors hadn’t even decided when to schedule the surgery yet. Neither did he want our mother to know anything about this. He was adamant about that.

I was at the retreat when the surgeons removed the tumor and the bottom section of his lung. Test results showed a very aggressive lung cancer. He was given a 6-months-to-a-year prognosis that was brightened somewhat by a new clinical trial that might extend the meager time frame. Even so, I was devastated. Though the object of my trip was intense writing and I tried to concentrate, I wasn’t able to get as much done as I’d hoped.

Of course, the family wanted to believe the treatment would be successful and it appeared so for a few weeks. The first round of tests after treatment showed some shrinking of the tumors, but a few weeks later a second round of tests showed evidence they were growing again. He was taken off the clinical trial and another cocktail of chemo was prescribed.

Meanwhile, my mother’s condition was deteriorating and hospice care nurses and aides were brought in to help care for her. A walker and assistance while bathing was needed now. My siblings and I debated whether to inform her about Bro-1’s situation. The decision was reached not to tell her unless his death seemed more imminent than hers.

Oh, man. Just writing that down still gets to me. What a decision to have to make.

I was in constant contact with Bro-1 and my sister. Bro-1 called to say that his last battery of tests showed two more tumors but they were inoperable because of their proximity to his heart.

As if that wasn’t enough, I learned from my niece (daughter of Bro-2) via a late-night Facebook chat that she wasn’t clear from the melanoma she’d undergone treatment for some time earlier. From what Bro-2 had mentioned, it hadn’t seemed anything to worry about. She said it was a wait-and-see game, but with her minor children to consider, she’d put all her affairs in order, just in case. I didn’t like the sound of that at all.

I called Bro-2 and asked for the low-down, but he wasn’t aware the chemo might not have been successful. (She lives in Florida, he in Texas.) Apparently, she’d been keeping him in the dark as to the seriousness of her condition. He promised to get the facts and let me know, but didn’t want to burden anyone else. The secrets were piling up, but I agreed because I wanted to protect those I love. Bro-1 had enough on his plate. My sister had a big enough burden taking care of our mother and was very tender-hearted. She didn’t need this too.

During one phone call, my sister notified me that her doctor suspected that a lump on her throat was a thyroid tumor that might require surgery. Tests were scheduled for Sept. 3rd to determine whether it was malignant or benign, but she didn’t want Bro-1 to know at all and Bro-2 only after she had the results.

Bro-1 informed me that his tumors were growing despite the new chemo cocktail, which the doctor decided to halt. Radiation was being considered and more tests were run. I didn’t like the weak sound of his voice and called Bro-2 and Sister. Consensus was that we’d all go to Bro-1’s house as soon as possible. My sister made arrangements for hospice to care for mother and we made flight plans.

Between that decision and the actual trip, Bro-2 called. His daughter had been having short-term memory problems and was being hospitalized. The suspicion was that her cancer had spread to her brain. Tests were run.

At this point tears were attached to daily phone calls. Mother was in pain and barely eating or drinking anything. She’d been rushed to the hospital by ambulance for rehydration, no longer transportable any other way.

Test results on my niece showed cancer all over her body. She’d waited too long before seeking treatment the first time, delaying getting the spots on her arm checked out for over a year. The day before she was to begin radiation, an aneurism burst in her brain.

My niece regained consciousness some time later, but was mentally like a child now. Bro-2 spoke to her by Skype.

Once our niece stabilized, the doctors said they couldn’t do anything else for her and sent her home to die.

With mother reasonably stable again (and wondering why Bro-1 hadn’t called her lately) we all converged on Bro-1’s home in Texas. One look at him and we all knew he was losing his battle.

My sister found a moment alone with Bro-2 and told him about the situation with her throat. I knew he didn’t need more bad news, but couldn’t ask her not to tell him without divulging his daughter’s situation. The secrets were getting harder to keep.

I found a private moment with Bro-2 before he headed home and we debated telling Sister about his daughter. I maintained she could get over the shock before seeing our mother again. He wasn’t sure what to do, especially now that she had the worry over her throat. With his daughter likely to die any time, he was in no condition to make any decision, so I did.

That night, I pulled my sister into a bedroom, sat her down and explained what was going on. More tears and hugs, but we had to keep them quiet lest Bro-1 hear us. Together we made the decision that my sister would tell Mother about the niece. If she weathered that okay, then Sister would tell her about Bro-1, as it looked likely Mother’s strong constitution would outlast his. Horrible job, but it had to be done. We discussed how to break it as gently as possible, but really, there are no kind words to tell a mother that both her granddaughter and son are dying.

Mother weathered the bad news with a strange calm, due to pain meds. It took a couple days to sink in.

Twelve days later on Sept. 3rd, my niece passed away, the same day my sister’s dye test was run.

Bro-1 passed away the following day. His funeral was two days after my niece’s.

We were at the airport to go home when my sister talked to her doctor. Test results were inconclusive, but the growth had to come out and possibly her entire thyroid with it. We’d have to wait until after the surgery to know her outcome.

Less than a week later, our mother entered a hospice care facility and my sister put off her surgery for a few weeks. I was able to visit them and took Mother a bowl of my homemade chicken and dumplings she’d requested. Another night my husband found her the crab cake she been craving. While she was only able to eat a small amount of both, it was comforting to know we’d been able to do this one small thing for her.

One month after my brother’s funeral, his eighth grandchild was born. News of this tiny, but health little girl was a bright spot joy for everyone.

A few days later, I flew to Oklahoma to care for my sister and visit with mother at hospice. The surgery was over much faster than we’d anticipated, the doctor arriving back with more good news. The mass had been mushy and less invasive than he’d expected. Half her thyroid was intact, thereby alleviating the need for medication or worry over calcium levels. She could go home immediately.

I think we all slept easier that night. Unfortunately, Mother’s condition was poor. Pain meds made her groggy. Her organs were failing. She was having difficulty swallowing even the tiniest sip of water. Some days she was unresponsive, though we knew she could hear us. It was extremely difficult to see the once strong and vital woman so tiny and shrunken.

My sister’s son, who’d been co-parented by my mother, arrived to visit with her on Oct. 17th. Unable to utter but a few words, she clung to his hand. I called my children and put them on speakerphone. They spoke to her, telling her they loved her and she nodded that she understood.

The next morning and a week after my sister’s surgery, we received an early morning phone call. Mama had slipped away a few minutes earlier, peacefully and in no pain. We buried her last Saturday in Texas, beside our dad.

While I feel a deep sense of loss, I mourn for myself and do not wish them back. Not any of them. To do so would be to wish them pain and that I cannot do. 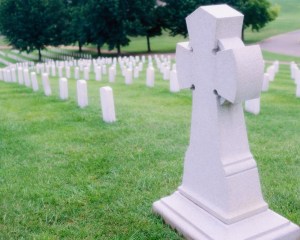 You are greatly missed.

As an author of sizzling romance, Annie takes contemporary settings. and incorporates twists with sci-fi and paranormal elements.
View all posts by Annie Rayburn/Carol Burnside →
This entry was posted in Everyday blather, Here at home and tagged loved ones, sorrow. Bookmark the permalink.

8 Responses to Gone forever, but not from my heart